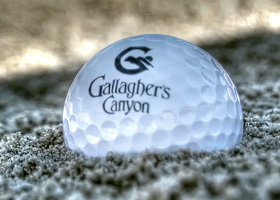 
Chris, a member of PGA of Germany, has had a successful PGA career before turning his focus to Junior coaching and mentoring in the Okanagan Valley. Some career highlights include 2009 PGA of Germany Champion, T4 at Syncrude Open (Mackenzie Tour), a Pro Golf Tour win (formerly known as EPD Tour), a silver medal with team Germany, including teammate Martin Kaymer, at the Amateur European Team Championship and competed 2 European Tour Events. Chris has introduced three new Academy programs for 2016, a "Ladies First Golf Clinic", a "Men's Champions Tour Clinic" and the "Get Golf Ready Academy". Online booking is available through Chris' website.


Lee became a member of the PGA of Canada in 2008 and has been building his golf industry experience over the last 15 years. Lee’s passion for golf started at a very young age in Osoyoos, BC, which led him to the Professional Golf Management program at Camosun College in Victoria. His time at Camosun included developing an appreciation for the golf swing while playing at a competitive level for the Chargers Golf Team. Lee returned home after graduating from Camosun and taught at the Osoyoos Golf Club from 2008-2010, then became the Director of Instruction at the Banff Springs Golf Course for 2 seasons. Wishing for a longer golf season, Lee moved to Vancouver and taught at the McCleery Golf Academy until 2013 when he moved to Kelowna and joined the Gallagher’s team. Lee enjoys spending time outdoors and watching sporting events, and if he wasn’t a Golf Pro, he would be in landscaping.


Jason became a member of the PGA of Canada in 2008, after graduating from the Professional Golf Management Program at Humber College in Toronto, Ontario. Jason’s hometown may be Toronto, but he aspired to move to the west coast upon completion of his college program, and spent three seasons in Jasper at the Fairmont Jasper Park Lodge Golf Club. In 2010, he happily made the move to sunny Kelowna and joined the Gallagher’s Canyon team. Jason is the Interior PGA Tour Commissioner and won the Two Eagles Men’s Open in 2012. Jason enjoys teaching all aspects of the game, but loves to focus on impact with all clubs. One of his teaching strategies is to take the student’s worst shot or area of the game and focus on turning it into one of their favorites. One of Jason’s future passport stamps will be to Tahiti, for fun and golf, and at home you would catch him watching sports, Netflix shows or any Adam Sandler movie. Jason can help you turn your Happy Gilmore slap shot into a proper golf swing suitable for any championship course.


Irvin has been a member of the Canadian PGA since 1960 – that means his membership number is only 3 digits!! He was the Head Professional at the Kelowna Golf and Country Club from 1975-1991 so is very familiar to many people in the Okanagan. Many of his students have won local, provincial and national championships which is a testament to his teaching abilities and style. Irv’s proudest achievement is that 23 of his junior members received either half to full ride scholarships to Universities in the United States – what an amazing coaching record! Irv will be instructing both private and group lessons this season at the GBC Academy at Gallagher’s Canyon.